Unisa has extended the Application Deadline to Tuesday 23 January 2018. 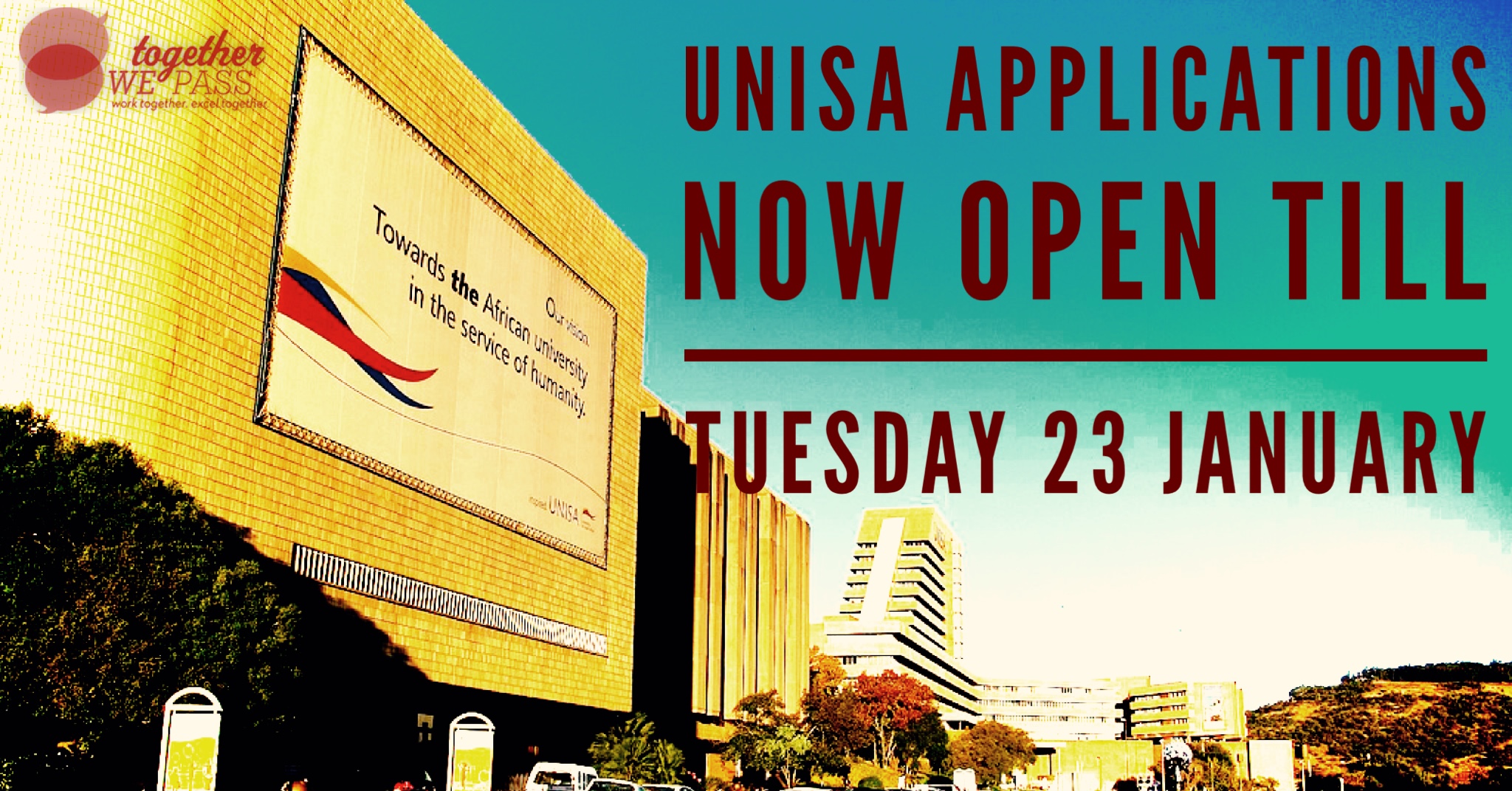 We saw news of Unisa offices being closed by the Nehawu strike at the Unisa Main Campus in Sunnyside, in Kimberley, and other regional Unisa offices this whole week.
In response the University of South Africa has extended its deadline for new first-year applications to the close of business on Tuesday, 23 January.
This will allow the university to process all applications before registrations close. We continue to encourage all applicants and students to apply and register online,” Unisa said.
Registration for new students remains suspended following a strike by National Education Health and Allied Workers Union (Nehawu) members.
Nehawu said its members would not return to work until all of their demands were met by university management.